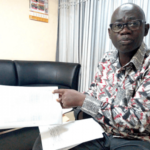 Ghana has recorded one of its best performances in the teaching and learning of mathematics at the second cycle level, following the release of the 2019/2020 West Africa Senior School Certificate Examination (WASSCE) result of the first batch of Free Senior High School (FSHS) students  in Accra.

An analysis of results released by Ghana Education Service (GES) over the weekend indicated that out of the over 370,000 students who took part in the exams, more than 243,904 representing 65.71per cent, secured between A1 and C6 in mathematics.

The number of passes in the subject made it the best over the last decade and also one of the best performances in the history of the country.

Similarly, more than 212,866 representing 57.34 per cent also passed (A1-C6) in English language making it the best of performance in the teaching and learning of the subject over the last 10 years.

Overall performance of the students was remarkable as the number of passes in the elective subjects as witnessed more passes compared to the previous year.

The analysis further revealed that, the percentage of candidates obtaining the Tertiary Education Qualifying Grades (TEQG) that is A1 to C6 in the core subjects was one of the best in the last five years.

“Comparing the percentage of candidates obtaining the TEQG in WASSCE core subjects in the past five years, it can be observed that the greatest improvement was in mathematics,” it revealed.

In addition to that, the percentage of candidates making the TEQG in mathematics increased from 32 per cent in 2016 to more than double the number which is approximately 66 per cent this year.

The percentage of candidates making the TEQG in Social Studies increased from 54.5 per cent in 2016 to 64.3 per cent in 2020, showing a 10 percentage point improvement. Similarly, there have been some improvements in Integrated Science and English Language.

These results suggest about 50 per cent of the approximately 342,500 candidates who wrote the WASSCE, which is over 150,000, were likely to qualify for tertiary education.

The analysis further showed that the 2020 WASSCE performance was up to standard and compared well with the 2019 performance.

The Director-General of the Ghana Education Service (GES), Professor Akwasi Opoku Amankwah has expressed satisfaction with the performance of the students despite the drop in performance in Integrated Science and Social Studies.

Speaking to the Ghanaian Times yesterday, he said these major improvements in the WASSCE were happening at the time when the entry requirements for entry into SHS had been reduced drastically from the Basic Education Certificate Examination (BECE) qualifying aggregate of 30 to as low as aggregate 52 due to the inclusive free SHS initiative.

“More importantly, this year’s examination, written under the pall of the coronavirus disease (COVID-19) global pandemic was in itself a unique event. No other graduating class in our history, it can be argued, has had to undertake their final examinations under the extreme physical and psychological conditions that these brave young children did,” he emphasised.

Prof. Amankwah said the results were a clear manifestation that the government’s interventions aimed at ensuring Ghanaian youth access an inclusive and equitable quality SHS education as well as attain better learning outcomes were working.

“For mathematics, in particularly, the improvement is a ‘manifesto commitment’ fulfilled. It can be argued that Ghana has reached a stage where half of its youth have tertiary education qualifying grade in mathematics or numerate, placing the country on the path to becoming a mathematics friendly nation,” he said.